On November 12, 2012, Florence Nemeth, then 67 years old, was diagnosed with peritoneal mesothelioma, a tumor of mesothelia cells in the abdomen. She died from the disease on March 5, 2016, before a lawsuit was brought on her behalf against several firms involved in the manufacture and distribution of a talc based product she had regularly utilized, Desert Flower Dusting Powder. After a six week trial in Manhattan Supreme Court, the jury returned a verdict finding that defendant Whittaker Clark Daniels, Inc. (“WCD”) was negligent when it  provided the talc contaminated with asbestos without an adequate warning and that its negligence was a substantial factor in causing injury to Ms. Nemeth (who died shortly before the trial began). Liability was apportioned 50% to WCD and 50% to two other defendants who had settled with plaintiff before trial.

On November 3, 2014, Anna Brennan slipped and fell at a private home in Greenwood Lake. Ms. Brennan, a 66 year old part-time caretaker for the mother of one of the homeowners, sustained hip and wrist injuries when she finished work that day and began to descend an exterior stairway with leaves that covered the bottom two steps. She thought the leaves were only covering the street and fell when thought she was on the bottom step but was actually on the third step from the bottom. In Ms. Brennan’s ensuing lawsuit, the Orange County jury determined that the homeowners’ negligence caused her injuries and they then awarded plaintiff pain and suffering damages in the sum of $600,000 ($400,000 past – four  years, $200,000 future – 16 years).

In Brennan v. Gormley, the appellate court has affirmed both the liability and damages verdicts. Defendants’ main argument on appeal was that there was no basis for the liability finding against them because the leaves on the stairs were open, obvious and known to plaintiff. They also argued that the damages award was excessive because plaintiff made a good recovery from her injuries, her continuing pain was sporadic and minimal and her limitations were not severe.

On April 3, 2007, Cleofoster Baptiste was working as a carpenter at a construction site at 1330 First Avenue in Manhattan when a plank of wood fell from the floor above and struck the back of his neck. In Baptiste v. RLP-East, LLC (1st Dept. 2020), the denial of defendants’ post-trial motion to set aside the verdict has been affirmed. Plaintiff, 52 years old on the date of this accident, continued to work on that day but went to the local hospital thereafter where he was given some pain medication and discharged in a few hours. He returned to work in pain the next day but was laid off two days later. He sought no further medical treatment until after a bus accident six months later.

Six months after his construction site accident, Mr. Baptiste was a passenger on a bus which swerved to avoid hitting another vehicle and came to a sudden stop. Baptiste came out of his seat and was then dropped back into it. He didn’t go to the hospital or seek any medical attention until two days later when he complained of neck, back and shoulder pain from the bus accident. Baptiste then began 19 months of treatment with a chiropractor (along with and followed by treatment with a neurologist and a pain management physician).

Defendants argued that the principal issue in this case was whether plaintiff’s injuries were causally related to the workplace accident or the bus accident. Their medical experts testified that there was no evidence that the work accident caused a neck injury or necessitated the cervical fusion surgery. Plaintiff’s medical experts testified that the workplace accident, not the bus accident, was the cause of his injuries and the need for cervical fusion surgery.

On November 19, 2009, Calvin Tarpley was driving his car and was pulled over to the curb by a police officer on 188th Street near Hillside Avenue in Queens. After he was given a traffic ticket, his stationary vehicle was struck at the front driver’s side by a city bus. Mr. Tarpley, a 43 year old security guard, sustained neck and back injuries and sued the city. 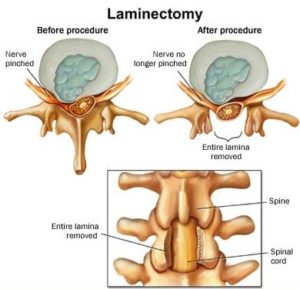 On July 3, 2013, Xiaoen Xie, a welder working at a construction site in Queens, was injured when he fell from the ground floor to the basement 10 feet below.

Mr. Xie, then 47 years old, was rushed to the hospital where he was treated for spinal injuries.

In his ensuing lawsuit against the owner of the site, Mr. Xie was granted summary judgment as to liability on his Labor Law Section 240(1) claim. The matter then proceeded to a trial on damages only. In addition to pain and suffering damages, plaintiff was awarded $46,000 for past loss of earnings based upon his $1,000 per month income loss to the date of trial. At the trial, plaintiff testified that he had previously intended to work until he was 67 years old and claimed he should be awarded damages for future loss of earnings because his injuries prevent him from working in any field. The judge rejected this claim because his expert orthopedic surgeon testified merely that plaintiff wold be unable to work as a construction worker, not that he could not work in any field. Furthermore, plaintiff did not meet his burden to show that he attempted to mitigate his damages by seeking alternative employment.

On November 16, 2015, Roseann Maurer was stopped in her car waiting to tun left into a driveway on Big Tree Road in Wales (about 25 miles southeast of Buffalo) when another car struck hers in the rear end. Ms. Maurer sustained knee, neck and low back injuries. After summary judgment as to liability was granted in her favor against the other driver, Ms. Maurer’s lawsuit proceeded to a trial on the issue of damages only. The Erie County jury awarded her pain and suffering damages in the sum of $374,000 ($108,000 past – three years, $266,000 future – 20 years). On December 21, 2012, Terrence Cullen was driving his car on Wantagh Avenue in Hempstead when another vehicle drove through a stop sign on Sarah Drive and smashed into his car. Mr. Cullen, then 53 years old, sustained hand and knee injuries. In the ensuing lawsuit, the other driver conceded full liability for the crash and the matter proceeded to a trial on damages only.

The Nassau County jury awarded pain and suffering damages in the sum of $25,000 (all past – five years). Plaintiff claimed at trial that he had swelling in his knee and hand on good days and when worse, he would take Tylenol and Motrin for pain. He also said he had difficulty gripping things, getting dressed, using tools, exercising and playing softball with his daughter.

Plaintiff’s expert orthopedic surgeon testified that (a) plaintiff had decreased range of motion in his knee (about 10 degrees) and recurring pain that is permanent and (b) his thumb remained incompetent and needs to be surgically sewn up (but would still not be 100%).

Defendant’s expert orthopedic surgeon testified that (a) plaintiff had pre-existing degeneration in his knee (plaintiff conceded he had some pre-existing calcification but noted he was asymptomatic and never treated) and (b) it was unlikely that the car accident caused his knee injury. The defense expert conceded that plaintiff had an unstable thumb that could become chronic without surgery but was unable to opine whether the accident caused plaintiff’s thumb injury.

On December 4, 2013, Martin Glynn was riding his bicycle on Batten Road in Croton-on-Hudson. When he entered the intersection to cross Yorktown Road his bicycle collided with the passenger side of a car. As a result, Glynn, then a 68 year old self-employed computer programmer, sustained a significant injury to his dominant hand. Plaintiff testified at trial that that he still had:

Plaintiff’s treating surgeon testified that his pain and limitations are permanent, will get worse and it is likely he will require future surgery (a CMC arthroplasty).

On November 23, 2011, Margarita Martinez was pushing her shopping cart in a crosswalk when she was struck by a cargo van on Cypress Avenue at East 138th Street in the Bronx. The van was driven by Robert Lane in the course of his employment as a delivery driver for Premium Laundry. Ms. Martinez, 79 years old, was run over, dragged a few car lengths and ended up trapped under the vehicle. An ambulance transported her to a nearby hospital but after 25 minutes there she was pronounced dead.

In the ensuing litigation against the driver, his employer and the vehicle owner, the Bronx jury awarded pre-death pain and suffering damages in the sum of $10,500,000.

The parties disagreed as to the amount of time Ms. Martinez experienced conscious pain and suffering from the moment of impact until she was pronounced dead. Both parties relied upon testimony from (a) the driver who said he heard Ms. Martinez moaning for a few seconds before she was extracted from under his vehicle and (b) expert neurologists who relied upon the EMS and hospital records.

Plaintiff’s expert noted that while in the ambulance Ms. Martinez was moving her arms and legs and her eyes were open. He opined that the decedent was able to experience conscious pain and suffering for 40 minutes (21 minutes from impact until arrival at the hospital and 19 minutes more until she was intubated and lapsed into a coma at the hospital before being pronounced dead seven minutes after lapsing into the coma).

Defendant’s expert conceded that at some early part of the first 20 minutes after impact and before arrival at the hospital, Ms. Martinez was able to perceive some pain. It is pure speculation, though, he opined, to state that the decedent was capable of perceiving pain at any time after she arrived at the hospital.

On August 15, 2011, Calvin Thomas slipped and fell on the second floor landing of an interior staircase in an apartment building at 383 East 143rd Street in the Bronx. As a result, he sustained a major ankle injury.

Mr. Thomas, then 51 years old, sued the building owner claiming that his foot slipped on urine and feces and that the owner was liable for his injuries because it failed to maintain a safe premises. The jury agreed to the extent that it found the defendant 67% at fault (while assigning 33% of the fault to plaintiff).