On October 3, 2014, James Blair was injured when the vehicle he was driving was struck by a city bus at an intersection in Queens. It was a heavy impact crash. 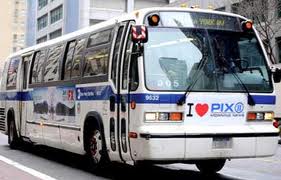 In the ensuing lawsuit against the other driver and the city transit authority, the parties disputed which one had the green light. The jury found against the bus driver and ruled that the defendants were fully at fault for causing the accident. Then, the jury awarded plaintiff pain and suffering damages in the sum of $1,140,000 ($300,000 past – three years, $840,000 future – 24 years).

The defendants appealed arguing that the liability verdict was contrary to the weight of the evidence and, alternatively, that the future pain and suffering damages award was excessive.

In Blair v. Coleman (2d Dept. 2022), the appellate court agreed with the defendants and (a) remanded the case back to the trial court for a new trial on the issue of liability and (b) ordered that if liability is found in the new trial, the award for future pain and suffering damages should be reduced to $500,000. Plaintiff was 51 years old, 330 pounds and unemployed at the time of the accident. He claimed at trial that he can no longer walk without a limp and requires a cane. His medical expert testified that he will likely develop arthritis in his foot and may need further surgery (but there was no claim for future medical expenses).