On October 27, 2008 Robert Parrotta drove to Stacey Killon’s home in Minerva to confront him about Killon’s relationship with Parrotta’s ex-wife. Angry words were exchanged as they stood near an outside porch with Parrotta wielding a baseball bat and Killon a maul handle. Parrotta ended up smashing Killon in the face with the baseball bat. 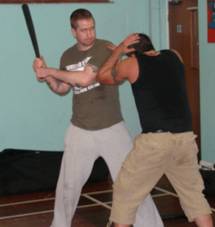 In 2011, a Warren County jury returned a verdict for the defendant finding that he was justified and acted in self-defense in his use of deadly physical force upon the plaintiff; however, a new trial was ordered after an appellate court ruled that the defendant, because he drove 20 miles to plaintiff’s home, advanced to his porch with the bat in his hand and demanded a fight, was the initial aggressor and therefore not entitled to the defense of justification. On October 4, 2013 the new jury returned its verdict awarding plaintiff $25,000 for future pain and suffering but nothing at all for past pain and suffering. Plaintiff appealed again, this time contending that the damages award were inadequate.

The appellate court decision sets forth a description of plaintiff’s injuries. Here are the injury details:

As a result of his injuries, plaintiff underwent extensive medical and surgical treatment including:

Plaintiff remains in chronic pain with a severe mandibular symphysis deformity, needs a vascularized tissue graft, suffers from numbness, nerve damage and headaches,  is on strong pain medications and has obvious and significant facial scarring.

UPDATE: On October 27, 2016, the Court of Appeals held that the intermediate appellate court applied an incorrect test in setting aside the jury verdict and concluding as a matter of law that the defendant was the initial aggressor rendering a justification defense unavailable to defendant during the retrial. Therefore, the high court reversed and and sent the case back for a new trial